It is important to keep in mind that although there are 26 letters in the French alphabet, there are more than 38 sounds that are produced in the French language. Why? The main reason is because the combination of letters used in different words of the French language produce other unique sounds. For instance, when you combine certain French vowels and consonants together, this can create unique French sounds. Consider the  ‘an’ letters found in the word France. On their own, the letters ‘a’ and ‘n’ produce a certain sound, but when combined together in a word, they can form completely new sounds that are unique to the French language.

Apart from the 26 letters, there are also five diacritics that you will learn. Basically, a diacritic is a letter where a glyph (sign or accent mark) is added to a letter indicating a change in the sound of the letter from its original form.

In addition to the five diacritics, there are also two orthographic ligatures. A ligature simply means when two letters are joined together creating one single glyph and thus, creating a completely different sound again.

Here is the French alphabet including the diacritics and ligatures.

How to Learn the French Alphabet Pronunciation

Although they may look familiar to you in its written form, rewiring your brain to think and pronounce the French alphabet correctly can be difficult. You might find that you naturally see and pronounce the letters in English rather than French.

Here are 3 useful tips that thousands of French learners have used to memorize the French alphabet pronunciation.

By learning the French IPA, it will help you with your pronunciation of the French alphabet. Understanding how to read and use the French IPA means you can understand how to pronounce each letter correctly, as well as pronounce unique French letter combinations.

This is also handy when you start learning words in French and begin to speak in French. As you progress in the language, you’ll find that the French IPA can be useful in providing you with a guide to help you pronounce new French words that you’ve never encountered before. We recommend learning the French IPA along with the alphabet as part of the first stages of learning the French language.

A great way to do this is by recording yourself pronouncing each of the French letters of the alphabet and then listening to the recording. You will be able to compare your pronunciation to the audio samples found on this page and gauge whether you are pronouncing your French letters correctly.

Recording yourself is also useful if you would like to get feedback from a French tutor or a French native speaker.

Flashcards are a simple yet effective way to memorize the French alphabet. We recommend using a free software called Anki, which is a flashcards program that you can use on your computer, tablet or smartphone. Anki is designed to help you learn anything, including the French alphabet.

Anki works by showing you flashcards of each of the French alphabet letters. You will see the letter, the pronunciation audio of the letter from a native French speaker, a word starting with this letter and an image of a word to help you associate the French letter with something tangible.

The software uses spaced repetition to show you the same flashcard until it is in your long-term memory. This means that over time, you will only see letters of the French alphabet that you find difficult to remember until you know the French alphabet.

You can find Anki French Alphabet Flashcards here that can be installed in the Anki software. The benefits of using Anki as opposed to physical flashcards is the ability to: 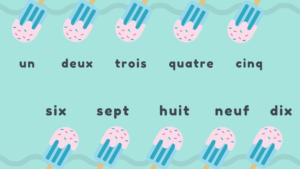 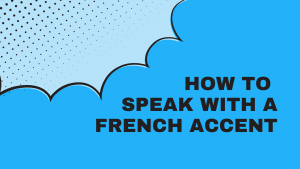 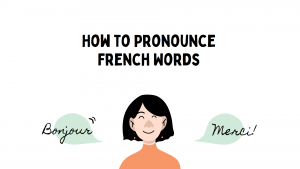