Why Use Anki Spanish Flashcards?

Anki is a Spaced Repetition flashcards software. It is based on the research findings of Hermann Ebbinghaus who found that our brain’s ability to remember information is limited. He developed the Forgetting Curve, which outlines the decline of memory retention over time. There have been a lot of research studies and academic linguists who have also explored the positive use of Anki and Spaced Repetition. If you are not familiar with the research behind Spaced Repetition and Anki, you can read more about here.

The use of Anki Spanish flashcards can help you learn Spanish from the beginner level all the way to fluency by allowing you to overcome the Forgetting Curve. Many language learners enjoy the use of Anki flashcards because it allows you to harness the power of Anki’s Spaced Repetition and therefore allow you to learn, memorize and retain Spanish in your long-term memory. This means that you do not have to manage the review scheduling of your flashcards and is a huge benefit for language learners with limited time. All you need to do is use Anki on a daily basis and review the cards that are prompted by Anki. Then, Anki takes care of the rest for you and automatically monitors your progress, showing you flashcards that you need to review before you forget them.

While there are physical flashcards and other Spanish flashcard apps on the market, Anki’s unique ability to space out flashcard reviews automatically using a Spaced Repetition algorithm is one of the main reasons why many Spanish learners prefer using Anki. It is through the use of Spaced Repetition that you are able to remember information for longer periods of time. With the use of Anki daily, you’ll be able to retain Spanish far better than any other comparable tool on the market.

Apart from it’s scientifically proven results, Anki is also one of the most affordable options for Spanish learners. Anki is well-known because it is an open source software and is free to use. You can download the latest version of Anki completely for free on the official website. It is available for both Mac and Microsoft PC devices and even offers a free Android app for Android smartphones. The only cost to use Anki is if you would like to use the iPhone version of the app, which costs $25 USD. This price is well worth it because it is only a one-time fee and it allows the founder of Anki to maintain Anki as a predominately free software.

Pre-made Anki Spanish flashcards are useful for Spanish learners who do not have the time to make flashcards on their own. On average, it can take up to 3 minutes to create just one flashcard, especially if that flashcard contains images, audios, IPA, and other useful pieces of information. If you look at the average number of flashcards that a person would need to make, you’ll realize that you’ll need to spend at least 5 hours to create just one of our decks from scratch. This does not include knowing where to source the relevant information and native audios, which can be difficult if you are unfamiliar with the Spanish language.

In addition, we specialize in creating pre-made Spanish flashcards that include everything you need to learn Spanish effectively and efficiently. Once you install our Spanish flashcards in Anki, you’ll discover that our ready-made flashcards are visually appealing and high in quality. We’ve included relevant linguistic info and memory enhancements in each Spanish flashcard, which will help improve your learning. For example, our flashcards include the Spanish IPA, an example sentence or word, native Spanish audios and carefully selected images to help you learn better. You also get English translation hints, just in case you get stuck. We ensure that every flashcard is thoroughly checked so you can be certain what you are learning is correct.

Our Anki Spanish flashcards are also perfect for Spanish learners who may not have any experience creating cards on Anki. Though Anki is simple in design, the backend of Anki is complex and can be difficult for individuals who are not tech savvy to customize the flashcards specifically for language learning. When you purchase any of our flashcard decks, you’ll get access to our amazing customer service from our Anki Tech Experts to help you get started and really take advantage of Anki and our Spanish flashcards. Here are just a few testimonials of customers who’ve enjoyed using our Anki flashcards:

“This is great! I gave up last year because I just couldn’t handle making my own cards. I absolutely despised creating my own. It was like a full-time job. So for your cards to get me to 90% – I think I can get there (finally)!“

“Trying to create my own ANKI deck, I found it time consuming and boring. I chose you because I wanted convenience, I dont have time to make the deck myself and you did a much better job. This is why I loved the 650 deck and now the 2000 deck.”

“I first wanted to say THANK YOU for making great flashcards for Anki. I’m on my journey to becoming a polyglot. I’ve used your Spanish and French bundles and they’ve helped me a lot.“

Spanish pronunciation is important to learn because it is the foundation to help you really learn Spanish. If you really want to reach Spanish proficiency, and you want to build a closer relationship with Spanish speakers, then you’ll want to develop your ability to speak with native-like pronunciation. If you are finding it difficult to pronounce words correctly or feel embarrassed speaking to native speakers because of you are afraid of misunderstandings, then the Spanish Pronunciation Bundle is what you need.

After familiarizing yourself with the Spanish alphabet you can now learn the Spanish IPA. The Spanish IPA (Spanish International Phonetic Alphabet) is a standardized representation of the sounds of the spoken language. The IPA is useful because the IPA of a word tells you how to pronounce it correctly in Spanish in a standardized way. It is very helpful particularly when you start learning Spanish vocabulary and you’re stuck because you don’t know how to pronounce a word correctly, so you can use the IPA to figure out the correct pronunciation.

Finally the Spanish Minimal Pairs flashcards are useful to help you test your listening and pronunciation skills by comparing the difference between Spanish minimal pairs. Spanish minimal pairs are 2 words that sound similar are different in both spelling and meaning. As a Spanish learner, you may come across these minimal pairs when conversing and find it difficult to distinguish between the 2 words. As a result, you may use the incorrect word. As a result, learning the Spanish minimal pairs can improve your pronunciation skills as well as your listening comprehension. You’ll be able to fine-tune your ear and your mouth, especially for those sounds that unique to Spanish, and not found in the English language.

Our Spanish Pronunciation Bundle comes with all 3 flashcards decks for you to help you master Spanish pronunciation and retain everything you learn. These flashcards are not sold separately as we have found that the majority of Spanish learners use all 3 flashcard decks, whether they are at the beginner, intermediate or advanced level.

The Spanish 625 Words flashcards deck is the first deck to use. To help you familiarize yourself and ease you into learning Spanish vocabulary, you’ll learn the 625 most frequently used words that are easily represented with an image. This is the first step to help you learn Spanish vocabulary as it is much easier to comprehend than abstract words. The pictures also help you remember the words much easier, and you keep your brain thinking in Spanish, rather than relying on English translations to learn new Spanish words.

Once you have completed the 625 Words deck, you can move onto the Spanish Top 2000 Words flashcards, where you will be able to learn 90% of vocabulary that is frequently used in Spanish content and daily speech. This deck uses a combination of language acquisition research that have shown learning the most frequent Spanish words is the most effective way to learn Spanish vocabulary. It has also been found that learning the top 2000 words will allow you to know 90% of vocabulary used in Spanish. By knowing the top 2000 Spanish words, you’ll also comfortably pass the A2 Beginner level of Spanish, and you’ll be well into the Intermediate B levels, according to the Common European Framework Reference for Languages (CEFR).

In addition, the Common Spanish Phrases flashcards will allow you to begin learning useful and basic phrases that can help you as you begin to speak and practice Spanish in your everyday life, work and travels. It is a great way to build an understanding of grammar, useful lexical chunks and how to use the vocabulary you have just learned.

Learn More About Anki Spanish Flashcards in Our Blog 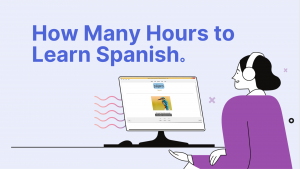 How Many Hours to Learn Spanish and Reach Fluency?

How Many Hours to Learn Spanish and Reach Fluency? Many beginner Spanish learners want to know: How many hours to ...
Read More 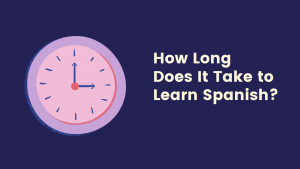 How Long Does It Take to Learn Spanish

How Long Does It Take to Learn Spanish If you're a Spanish language learner, and you're at the beginner or ...
Read More 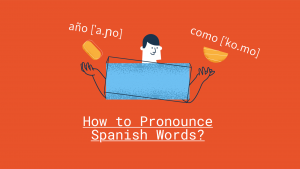 How to Pronounce Spanish Words Although the Spanish language is similar to English in some respects, many Spanish learners still ...
Read More 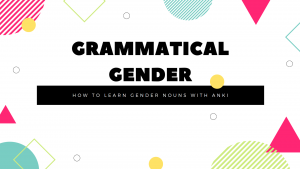 Grammatical Gender and How to Learn Gender Nouns With Anki Recently we were asked a question about the use of ...
Read More 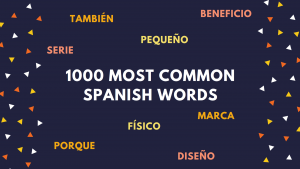 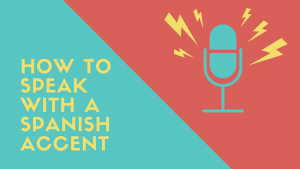 How to Speak With a Spanish Accent When you begin to learn Spanish, there are so many elements that you ...
Read More 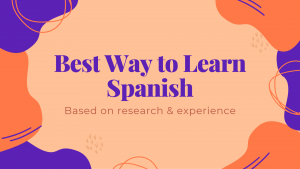 Cloze Deletion Anki Guide - My Experience and What I Use Instead In this article, I'm going to be talking ...
Read More

How Many Anki Cards per Day Should I Do When Learning a Language If you are like many other language ...
Read More 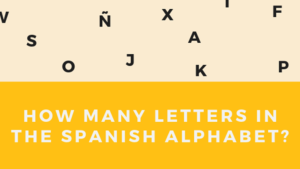 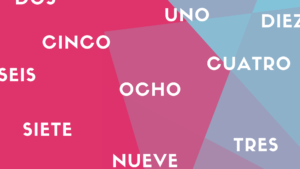 Learning Spanish on your own can be overwhelming and confusing. Not knowing where to start or how to learn Spanish ...
Read More