Although the German language is similar to English in some respects, many German learners still find that German pronunciation is very difficult. If you are wondering how to pronounce German words and how to make sure you pronounce them well, then this article is for you.

I’ll give you 4 tips to help you pronounce German words like a native German speaker. These tips are useful if you’re stuck with a certain German word that you want to pronounce. Maybe you just don’t know how to pronounce it well or you’re unsure whether you’re saying  the German word correctly.

German native speakers are a great resource to help you with German pronunciation. Let’s say you encounter a German word you don’t know how to pronounce. The first thing you can do is you could ask a native speaker for help.

Native speakers are great examples of how  to use the German language in real life. Therefore, we recommend that you learn to mimic native speakers and how they pronounce German words.

Sometimes it can be difficult to find a native German speaker who is available to help you. There might be no German speakers or very few of them in your area. Or you may be too busy to schedule a time to speak with a German native speaker online or offline.

If you’re still having trouble pronouncing certain German words, then another option is to find the audio pronunciation of those words online. There are websites, such as Forvo or online German dictionaries, that have the German pronunciation of words recorded by native speakers. Google also has a free pronunciation guide here. These are completely free to use and can be an easy way to learn how to pronounce German words.

The International Phonetic Alphabet is a standardized representation of how words in German and other languages are to be pronounced. The IPA looks very similar to the regular alphabet,  but you may have noticed that the IPA has particular lines or special characters over or around the letters. The special letters of the IPA are standardized across different languages to represent certain sounds, and proper German pronunciation can be represented by this IPA.

See also  How Long Does It Take to Learn German

So, you can use the German IPA yourself if you are having trouble with pronouncing specific German words. Whenever you come across a German word that is difficult to pronounce, you can go and look up its corresponding IPA to help you pronounce it correctly.

You will find that the IPA can be so important because there will be times when you’ll encounter a German word that is spelled a certain way. But it can be difficult to figure out how to pronounce that word based simply on its usual German spelling.

This is because often there are different ways to pronounce combinations of letters. Sometimes there aren’t any clear patterns and connections between the usual spelling of a German word and the way that the word should be pronounced.

Nevertheless, each German word actually has a way to be spelled using the German IPA and this tells you how you should pronounce it. So it does help to learn the German IPA.

Once you learn the German IPA, you can use this tool to look up the IPA of any German word. You’ll have greater confidence to speak German as you’re more able to pronounce German words correctly.

The final tip is to use German minimal pairs. Minimal pairs are two different German words that sound almost the same, but there’s just one sound that is different. Your goal with minimal pairs is to hear these two different sounds and to be able to distinguish which of those audios correspond to the correct audio.

Let’s take for example “Staat” (country) and “Stadt” (city). These two words sound very similar however, have two completely different meanings. To be able to hear the differences and pronounce both words correctly can help you improve your German pronunciation.

Overall, there are many ways to help you learn how to pronounce German words. These include getting help from a German native speaker, using German audios online to listen to the German pronunciation, learning the German International Phonetic Alphabet and pronunciation training with the help of German minimal pairs. 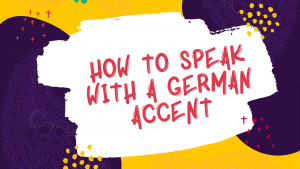 How to Speak With a German Accent When you begin to learn German, there are so many elements that you Read more 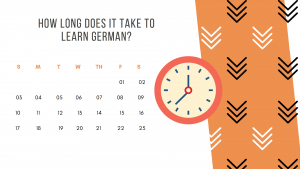 How Long Does It Take to Learn German If you're a German language learner, and you're at the beginner or Read more 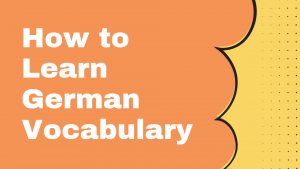