Recently we were asked a question about the use of different features in Anki and learning grammatical gender.

Nik asked: “How can I use Anki to learn the gender of different words in different languages better?”

Anki is a great tool to learn a language. If you are learning a language that has gender nouns like masculine nouns, feminine nouns or neuter nouns, then Anki can certainly help you.

We’ll first go through what is grammatical gender. Then, we’ll  discuss how to  create Anki flashcards that target specific gendered nouns, so that you can memorize the grammatical gender differences in language learning.

What is Grammatical Gender?

In a large number of languages such as German, Dutch, French and Spanish, you will discover that several words come with a certain grammatical gender.

Grammatical gender, also known as gender nouns, is a term used to describe a noun class system that helps distinguish from male and female nouns. In some languages, there are also neuter and common gender nouns.

Let’s look at the example of the phrase “the car”. In English, the word “car” has no grammatical gender at all. This means that in English we don’t view the word “car” as being a masculine or feminine noun.

On the other hand, if you take the same phrase “the car” in Spanish, it is “el coche” or “el carro”. The use of “el” means that the word is a masculine word. However, feminine nouns in Spanish tend to use “la” instead of “el”.

It would be incorrect to say “la coche” or “la carro”, and native Spanish speakers would instantly view you as a beginner Spanish learner if you used the wrong gender here. Therefore, it’s important that you memorize the grammatical gender of words because the article that you use changes depending on the relevant gender.

So, when you learn a language with grammatical gender it is important to recognize and understand when it applies. English doesn’t have gender nouns, and therefore it can be difficult to learn if you are a native English speaker.

If you were to use a the wrong gender for a given word in another language, then you would actually be making a beginner mistake. While native speakers will still understand you, using correct grammar nouns is part of speaking correctly.

When Should I Learn Grammatical Gender?

If you are a beginner language learner, then we recommend that you focus on learning vocabulary and their gender during the earlier stages of learning a language. It is especially helpful to concentrate on learning and memorizing new words and their gender, after you have learned the basic pronunciation rules of the language.

This recommendation is in line with our general method for learning a language. This means that first you learn the basic pronunciation of a language. Next, you’ll learn the top frequent words in that language. While you learn these common words, you can also learn the gender of nouns at the same time. This makes your learning of grammatical gender easier to manage.

Why You Should Learn Grammatical Gender Early

From my own personal experience, I would suggest that you learn grammatical gender as soon as you focus on learning new words.

When I was learning Spanish using Anki, I first tried to learn just the words. I completely ignored  the gender of nouns and I didn’t add any notes or gender mnemonics in my flashcards.

As I started reaching the intermediate to advanced levels though, I realized that I kept forgetting and mixing up the genders. I would often have to make up and guess the gender of a word whenever I spoke Spanish. It was confusing and I was often embarrassed to be making so many mistakes.

It was clear that I needed to actually include the gender in my flashcards, and I should have been doing so right from the start. So I ended up having to relearn almost every word I had already learned, with their gender, editing each card one by one.

If I were to do it all over again, I probably would have had the gender within the cards right from the beginning, having the gender-indicating article as well. Now I include the gender in my cards, and I strongly recommend learning grammatical gender early on.

How do I Learn Gender Nouns in Anki?

So how do we learn gender nouns using Anki? You can learn grammatical gender and vocabulary at the same time in Anki by adding certain gender-related hints or notes in your flashcards. Here are two tactics you can use to enhance your Anki flashcards and learn gender nouns in a foreign language.

1) Add the Gender-Specific Article in Your Flashcards

You can begin today to learn grammatical gender in your Anki cards by including the gender-relevant article for every vocabulary flashcard you make.

When you add new flashcards, make sure to include the article in order to associate the word and meaning with the article that shows its gender.

As an example, if you wanted to learn the Spanish word “comida” with Anki flashcards, then we’d recommend that you also add the feminine article “la” to the flash card. So you learn “la comida”, not just “comida”.

If you do this, then you wouldn’t just learn and remember the word “comida” (meaning food). Instead, you would automatically think “la comida” every time you saw a food.

By learning that concept as a single unit instead of two different words “la” and “comida”, you’re learning it as “la comida”. This way you’ll be learning and associating the gender right from the beginning when reviewing your Anki cards.

If you already have a whole bunch of cards, and you’re having trouble with gender nouns, what you could do is open up the Anki browser, and then add the articles one by one. This might take a lot of time to do it in one session.

Another way you can edit your existing cards is to add the gender-based article while reviewing and studying the cards. In doing so, it’ll feel less of a burden and you’re not having to assign more time to add in the gender. You’re just adding your gender notes while you’re studying.

Apart from adding articles, another way to learn grammatical gender is to add colors or other types of mnemonics. We recommend using memorable colors in your cards that help you memorize the gender of words.

Some Anki language learners suggest that you use images or icons like fire or water or lightning to represent feminine, masculine and neuter gender nouns. They argue that the use of powerful images and settings can act as a mnemonic to remember the gender. But we don’t recommend this, as we think that this just over-complicates it. When you use image-based mnemonics on your flashcards, then you also make your flashcards more confusing.

If you learn grammatical grammar while you learn vocabulary, then this means that your Anki flashcards will most likely have an image associated with the word already. As a result, it can be confusing to add another image or icon to use as a gender mnemonic. You would be trying to learn from two images at the same time.

The images can also be conflicting in meaning. For example if you are learning the word “agua” (meaning water) then you would have a picture of water on the card. The gender  of that word is feminine, but you’ve assigned the fire icon as a gender mnemonic for it on all your cards. So this means you would have both fire and water images on your “agua” flashcard. This is confusing!

See also  How Does Anki Work: Learning How to Study Flashcards

Over time, you may find it difficult to remember the meaning of an gender icon mnemonic, particularly if you have chosen an icon that is unique and not easily associated with a particular gender noun. For example, if you used lightning as a mnemonic for neuter nouns, you may forget what that lightning icon means if you haven’t studied your cards for a while.

If you are set on using mnemonic-based images or icons to learn gender, then we suggest that you choose mnemonics that are more visually related to the concept of gender.  For example, use a female icon for a feminine noun or a male icon for a masculine noun. However, you may find it challenging to apply mnemonics for neuter or common gender words as the choice of icon would come down to personal preference.

As discussed above, it’s clear that there are some challenges with using mnemonic images and icons to learn grammatical gender. For this reason, we suggest instead that you use basic colors on your flashcards as the mnemonic to learn genders of nouns.

It will be so much easier to learn the word and its associated gender when you use relevant colors. Take for example this Anki flashcard in this Spanish deck.

Here you’ll see the word “comida” with the light pink, reddish background color to signify that the word is “la comida” and is a feminine word.

Similar to how you associate the image of the house to “la comida”, you’ll associate the light pink, reddish color to the article and gender. That is why adding colors rather than gender-based image mnemonics is far better.

The Key Takeaway for Learning Grammatical Gender with Flashcards

Anki is an amazing tool that can help you learn grammatical gender. When you learn new words with Anki flashcards, you can add the gender-relevant article as well as a gender-associated color. We suggest these 2 techniques because they can be very effective in helping you to learn new words and their gender.

Although both of these suggestions can be a bit time consuming. That’s because you’ll need to research the relevant gender and article for each new word. You’ll also want to format your cards so that they will conditionally show different gender-based colors based on the gender of the word.

If you are just starting to learn a foreign language or do not have time nor expertise to add the article and colors to every card, then you can purchase a pre-made Anki flashcard deck. I would recommend Speakada flashcards as they include gender colors to distinguish gender nouns already. 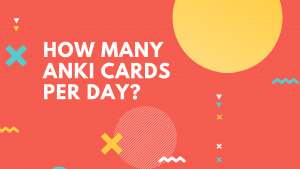 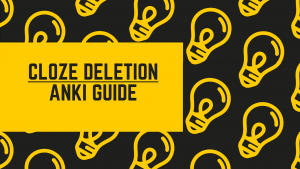 Cloze Deletion Anki Guide - My Experience and What I Use Instead In this article, I'm going to be talking Read more

Anki for Language Learning: 4 Reasons Why Anki is Worth It 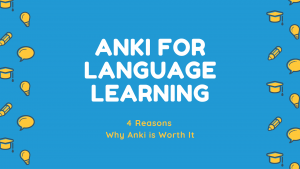 Anki for Language Learning: 4 Reasons Why Anki is Worth It You may be wondering: Is Anki worth it for Read more